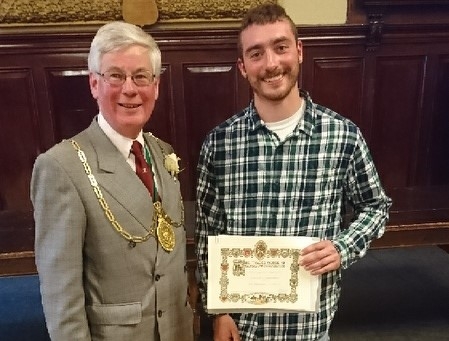 You can imagine how proud we are of one of our YES Works team John McFarlane who was not just shortlisted from hundreds of applications/nominations from across the region but was successful in taking third place in the Awards.

The Trades House of Glasgow Modern Apprentice Award has been running since 2006. It aims to encourage those embarking on Modern Apprenticeships to become proficient in their chosen vocation. The competition is open to those working towards a Scottish Modern Apprenticeship or who have been certificated no earlier than 1st May 2016, employed by any employer in Glasgow and the West of Scotland.

John has been with our organisation since being one of the first young people to take part in an employability programme at RoukenGlen and is now a key member of the team as a part of our growing social enterprise YES Works.

A judging panel assessed the candidates against criteria - capability, commitment, community engagement, overcoming difficulties, and the overall quality of the application.

The 2017 winner was chosen from one of six finalists and presented with an inscribed trophy, which will remain on display in the Trades Hall, home to the Trades House of Glasgow. They also received an inscribed replica of the trophy and a cash prize of £1,000 for study. A second prize of £500 and a John received £250 along with a certificate. 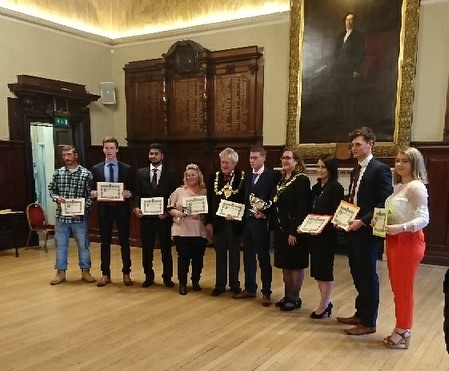 Our Vision is for Scotland to be a place where all young people are given the opportunity to have a rewarding future in work and life - no matter where they start
their journey.

Our Mission is to inspire & equip all young people to learn, develop and reach their full potential through enterprise.

In everything that we do, we will work with the following values: Integrity, Enthusiasm, Creativity & Collaboration

Where to Find Us